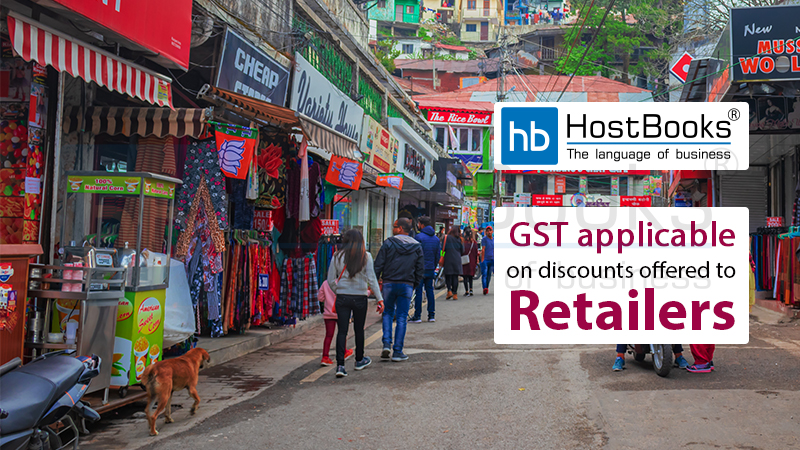 The government has decided to levy GST on discounts offered by manufacturers and wholesalers to retailers for passing it on consumers. This has put retailers in a tough spot and could possibly become the area of litigation and confusion. In June, the Central Board of Indirect Taxes and Customs (CBIC) issued a circular clarifying the applicability of taxes on secondary or post-sale discounts. It further stated that the discounts, which dealers get from manufacturers and wholesalers, helps in boosting sales and hence should be considered taxable moving from the supplier to the retailer.

The circular from CBIC also suggests that whenever suppliers offer discounts to retailers without any obligation by the latter to render services such as for special sales drive or advertisement campaign, such discounts are not applicable for GST. On the other hand, if in case the discounts from the manufacturer or supplier are associated with any obligations by the retailer, it will be taxed. The tax authority made it clear that the discounts in such cases are a separate transaction between the manufacturer and the retailer compared to the sale of goods made by the retailer to the end consumer.

For the payment of Goods and Services Tax (GST), these discounts need to be added to the total transaction value between retailer and consumer. Many experts suggest that this is causing confusion at the time of sales and disputes between retailer and consumer. The main reason, the former being unable to pass the additional burden of tax to the latter who is usually only willing to pay tax on the sale price after discount. It can be difficult for dealers to make customers understand that they have to pay GST on the amount of discount they receive.

Tax on discounts has always been the issue of discussion, even in the pre-GST era. In 2012, the Supreme Court has ruled that the wholesale price declared by a company, which is lower than the cost of production, cannot be considered as the normal price for levy of excise duty as this would result in short payment of tax. The reason behind this was that the discount given to consumers for gaining market penetration was also a taxable consideration.